A feature on Shakoor Majid in The Asian Age 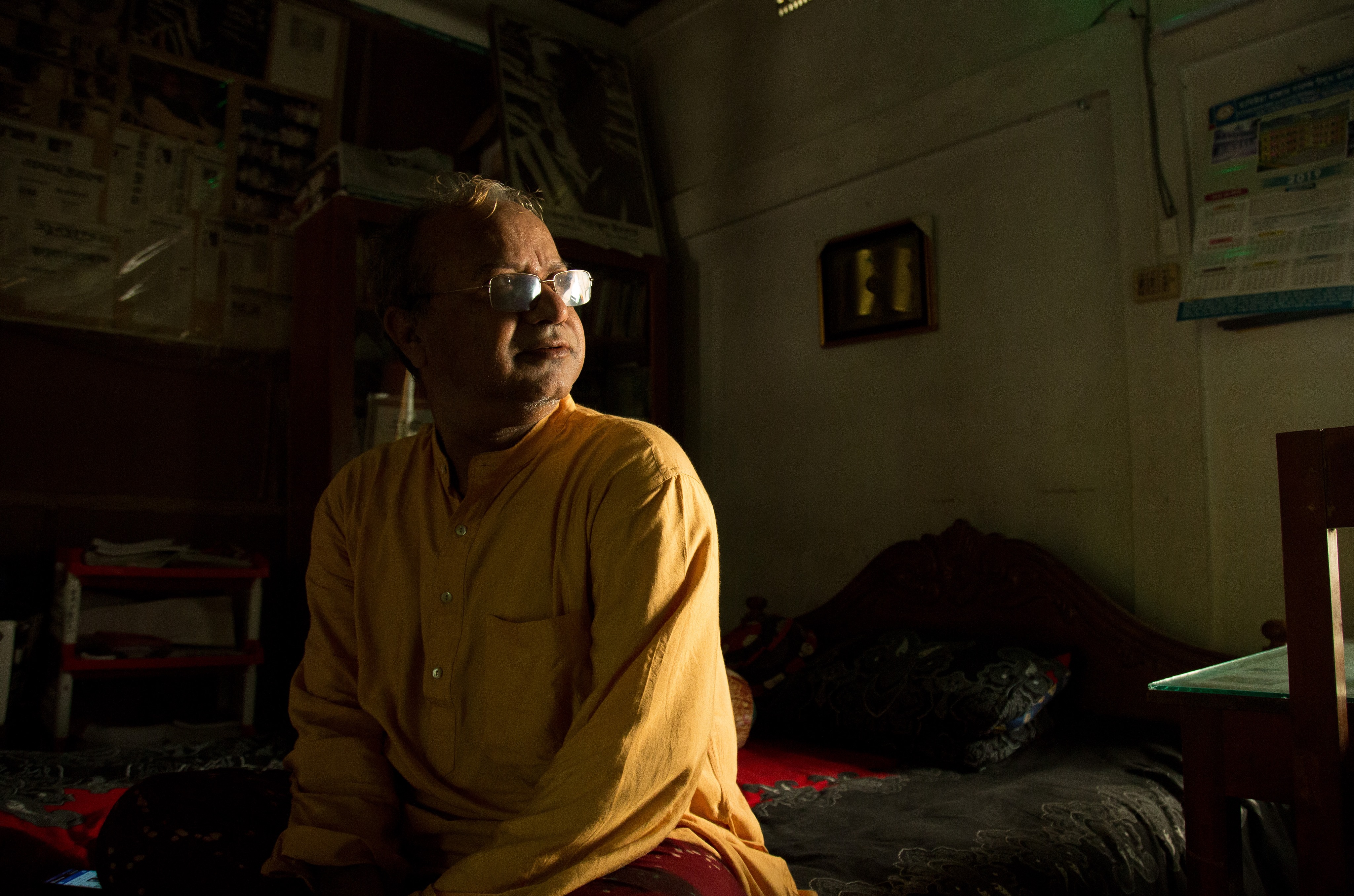 This year’s Bangla Academy Literary laureate in Travelogue category Shakoor has been devoting himself in a venture of novel, “Piaree” (Beloved) nowadays first of its kind from his nib focusing the life and philosophy of the musical legend Hason Raza. While a lyrical drama, “Hasonjaner Raja” (The King of Hason’s Paramours) on the same has come into being in the ‘Amor Ekushe Book Fair-2018’ organized by Bangla Academy. Earlier the very first creation of this sort “ Mohajoner Naao” (The Boat of the Marchant) made of another musical maestro Shah Abdul Karim has already completed its 112th stage-on show recently in Delhi, India. He has also made a whole documentary

on the latter, “Vatir Purush” (The Saint of the Water) following a nine-year long research. Moreover, the keen interest in spiritualism did not spare him but going through on Lalon Shah and compose a whole book after long fifteen years of research. “Folk music especially with spiritual note has become the food of my soul while photography is passion since my tender age,” he says.

Getting the opportunity to come in close contact with this man of accomplishment in a bid of completely professional purpose could not stop me knowing more about his ventures in life. I was curious rather wondered how come the full-fledged professional architect can juxtapose spiritualism, romanticism, wanderlust with materialism in another full-fledged episode successfully. Very often he says, “I used to be a quick learner since childhood and very fast in doing things,” in query of doing so many things at a time. “I’m never tired of working and focus on a particular job segmenting others to pursue one by another” he added while asked about time and topic management. My wonder beginning with this unusual quality of blending materialism and immaterialism in life gradually increased by the affluent and vivid description of Ottomans and Istanbul in “Sultaner Shohor” (The City of Sultans). Very little as I knew about him could only guess his sincerity, hard work and a mesmerizing quality of story-telling in vivid picturisation soon learned he wrote total twenty-six books on travelling around the world. He was awarded ‘IFIC Literary Award-2016’ for “Ferauner Graam” (The Village of Pheroes) based on Egypt, the sequel of “Sultaner Shohor”.

Starting from visiting the neighboring country India back in 1990 already covered as many as thirty-three countries of the world ranging from the continents of North and South America, Africa, Europe and Asia. Not only this he has also maneuvered over three hundred travel shows by shooting, recording and editing on his own! Moreover, he produced a patriotic featured romantic tele-film, “Ekti Laal Sharee” in the real location of the United Kingdom in its north-east city of Newcastle upon Tyne.

Resisting myself from questioning, “Which one is your priority apart from architecture?” like others frequently do, I expressed my interest to know about his masterwork. “Class Seven 1978”, replied he instantly, unhesitatingly, where he reviewed his cadet life in detail. The book was highly appreciated by his fans including the great late author, novelist, filmmaker, Humayan Ahmed for the candid narration of life in Cadet College that shaped his outlook towards life. The reflection of his inner feelings of being a cadet, could easily be perceived in his detailed up composition. As Humayan Ahmed writes, “he could establish life in the prose which is a pretty difficult job so far as I know,” also appreciated his ‘sublime humor’ as an extra- ordinary quality of an author.

The reference of Humayan comes in thus inevitably as all we know him as the all-timer with this legend until he left for treatment in the United States. “He used to like me so much for my straight forward nature of speaking. After reading “Class Seven 1978” he invited me and cooked for me too. Gradually I became a regular visitor in his residence on his call”, proudly does Shakoor savor his memory with Humayan. “He also referred my book in one of his books about the land of spices, Srilanka named “Raboner Deshe Ami O Amora” (Me and We are in the land of Rabon) ”, and in “Payer Tolay Khorom”  added Shakoor.

Apart from his talent in different areas already exposed across the country, my attention can’t actually avoid bringing in focus the inner Shakoor which is equally as glamorous as the shining star in the sky. Not only hard working he is, always smiling face never misses to enjoy each and every moment of life framing through the lens of camera. Very much fond of social media coming in-live quite often could easily be guessed his sense of humor too. Also fond of nature Shakoor loves to speak straight forward not to hurt others but to correct and loves to make others happy. So far in my experience his extra ordinary quality to get mingled with the commoners at ease makes even greater to be loved by all in a row irrespective of class, age, and place. The symbol of three S- speed, spirit and simplicity meticulously blended in him makes a rare personality to be followed with great respect. And justifiably attributed ‘hypnotizer’ who ended up writing a whole book on Humayan Ahmed, “Je chilo ek mugdhokor” (He who was a hypnotizer) though!

This literary legend born on November 22, 1965 at Beanibazar, Sylhet started sparkling with his outstanding merit in composing literature by poetry initially soon came up with a drama script at the age of twenty only. The drama, “Je Jaha Korore Baanda Apnaar Lagiya,” (Whatever he does is for himself only) was debuted in Sylhet Radio in 1985. Later he also produced a couple of drama and tele-film for television and awarded recognition with critical appreciation.

The music-lover author is soon coming up with his debut novel with the very musical legend, Hason Raza in the name of “Piaree” (Beloved) as mentioned earlier also “Neel Suitcase” (The Blue Suitcase) and “BUET Kaal” (BUET Days) simultaneously based on his own life. 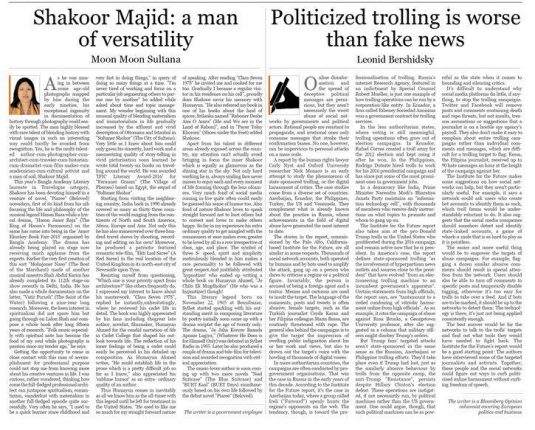