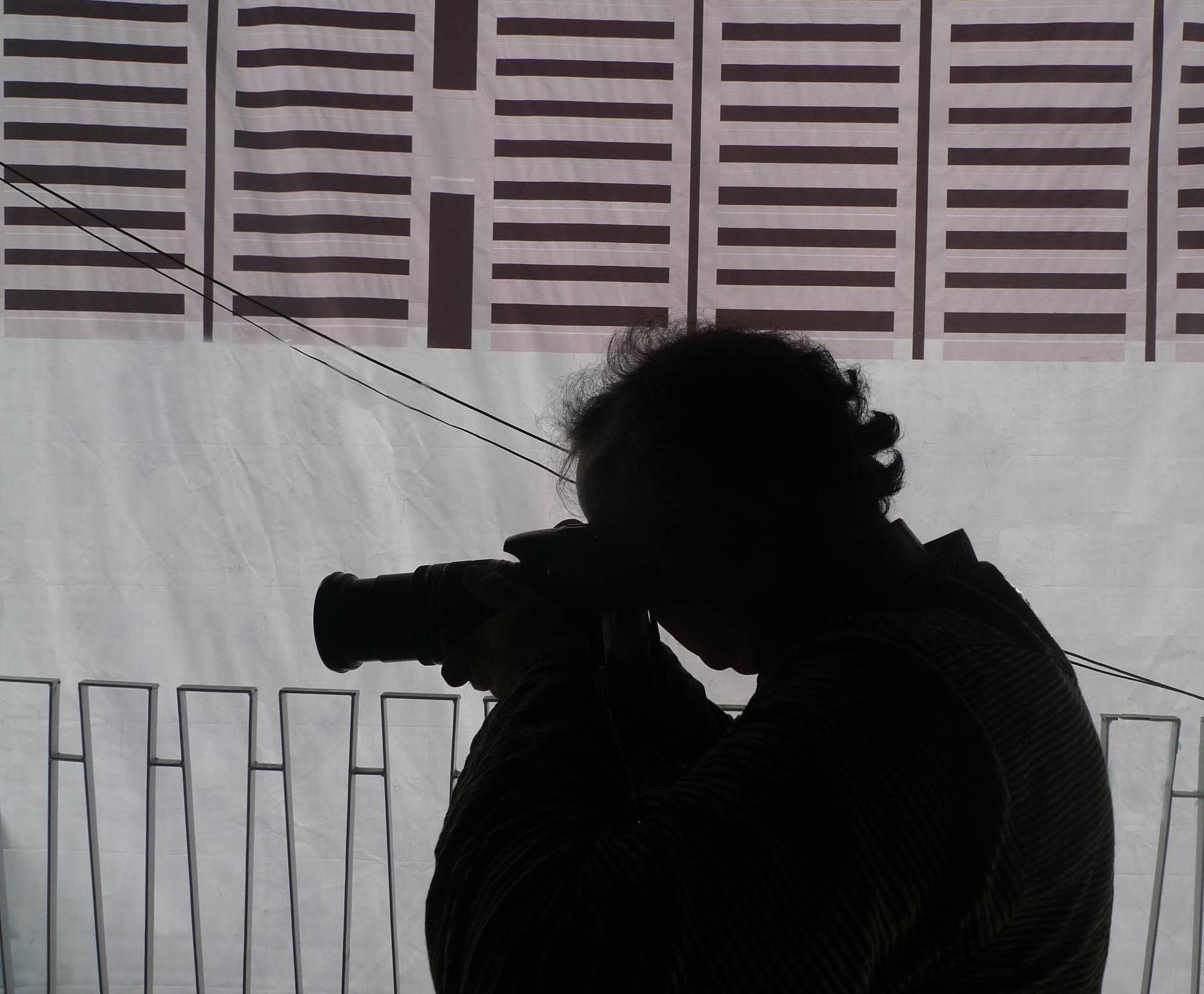 Renowned film maker Shakoor Majid was born in 22 November 1965 in Sylhet. He is not only a film maker, but also an architect, playwright and Bangla Academy Award winning author of Bangladesh. He passes SSC examination in 1982 and HSC in 1984 from Faujdarhat Cadet College, Chittagong with good grades. In 1993, he completed his Graduation in Architecture from Bangladesh University of Engineering & Technology.

He has written 38 books, 13 dramas and more than 400 episodes of travel documentaries. He achieved several awards for his literary works. Most importantly, he achieved Bangla Academy Literary Award-2017 in Travelogue section in 2018. As an architect, Shakoor Majid is very successful, too. He is the principal architect and CEO of his own consultant firm ‘Triangle Consultants’.

The Design Magazine talked to him in an exclusive interview. The excerpt of the interview is as follows:

Tell us about your journey from BUET to the world of films as a celebrity?

I had stayed in BUET for 7 years from 1986 to 1993. I used to do a lot of things outside of study like photography, journalism and so on. I was a member of BUET Photographic Society (BUETPS). I was made the society’s President for two terms. I was also involved with BUET Journalist Association and nominated as the President there. As a journalist and photographer, I was connected with outside world other than BUET like various newspapers, magazines and so on. I used to write drama during my cadet college days. I wrote drama for Sylhet Radio. When I was 19, I became a playwright of Sylhet Radio. I passed from BUET in 1993 and started an architectural firm ‘Triangle Consultant’ along with my two friends. I didn’t write anything for two or three years – almost retired from writing. In 1996, I wrote a play in local language of Sylhet named ‘Londoni Koinna’ which was written for Sylhet Radio. Later it was broadcasted in Bangladesh Television (BTV) in 1999. I travel to USA in 2001. I had a camera with me. For the first time, I discovered myself as a celebrity at a Bengali locality in USA. My drama ‘Londoni Koinna’ created quite a stir in home and abroad. There were two cases against me. I was declared unwanted in Sylhet. People carried on their movement against me for fifteen days there. Yet there were some people who admired the drama a lot.

However, I went to a departmental store at the Bengali locality in USA. A friend of mine introduced me with the shopkeeper saying I was Shakoor Majid, the writer of ‘Londoni Koinna’ and ‘Naiory’. A young couple suddenly came to us. They bought a disposable camera from the shop for $ 10 only to capture a photo with me. In 2001, photography was not very easy as there were no camera mobile phones or cheap cameras available. But I was really surprised seeing their excitement for taking a picture with me. I never considered myself a celebrity and there is no reason to think like that as well. I really don’t understand what a celebrity is! I think the people who show up on television frequently are celebrities. In this regard, we can say film-stars or cricket-stars as celebrities. Apart from this, no one gets the title ‘celebrity’ who works in other creative fields.

What motivated you to film documentaries?

BUET had a great contribution to that as I was involved in photography and journalism during my study there. Besides photography, I started taking videos as well. To make a video presentable you need to put words in it. Creating story is easier with videos than still image. I used to write photo-stories with my photographs. I planned to make documentaries with such stories. It also begins from my visit to USA. Before 2001, I traveled to three countries – India, Nepal and the United Arab Emirates. I was carrying two still cameras with me at that time. One of them was with black and white films and one with colored films. I took photographs of people of the three countries, their clothes, the changes of the locality, and architectural differences of buildings in the three countries, religious rituals, social status and geographical differences. Thus, my travel story began through taking those pictures and adding texts. I did a photography exhibition with those pictures upon my return home.

I would have never made documentaries had I no interest in photography. In 2001, I went to USA for five weeks. Then I borrowed a video camera with 35,000 taka. I didn’t know how to use video cameras at that time. Till then I used to think photography was classier than taking videos. Surprisingly, I found that video camera is much more effective than the still one. Too many things can be expressed through it. After that I kept using video camera to take pictures. I made a documentary through this camera after returning to the country. In USA, I found out a person who was the most senior Bengali there. I made a story on him- how and why he migrated to the USA. Then I returned home and tried to found out his old place in this country. It was my first documentary titled ‘Shopner Deshe, Shopno Vonger Deshe’- the story of Mohammad Ali.

After that, I bought my own video camera. I traveled to the United Arab Emirates in 1998, came back to the country and wrote a book ‘Amiratey Tero Raat’. I realized if the videos are in front of me, it becomes easier to write about the travel. I started to write my travel stories by seeing those images. Later I felt if I added the texts in the videos, it would turn to be a documentary. This is how I made a documentary.

I learn from others. However, there is no particular person whose work inspired me. For instance, I learn from movies. I didn’t study about anything else except my academic subject. In 1997, a workshop on making documentary was organized in German Cultural Center where an Australian videographer came. I was enrolled in that course. There were a total of ten classes. Five of those were theory classes and the remaining ones were practical. This is my training. If you ask me from where I received technical training on documentary, I would like to say I have received this training for ten days. I have made nearly four hundred documentaries so far. Actually, I make videos all the time. Right now, I have four video cameras of four types. When a video camera with new features is launched, I buy one for me. I use a professional camera DJI Osmo at present. I take photos with this camera. It has many versions. I have three of them- Osmo Plus, Osmo Mobile and Osmo Pocket. I do media related work with 70D still camera. I have Canon XF100 video camera too. I can use all these cameras professionally.

How would you define ‘Travel’?

I think the entire journey of a person from his born to death is a travel. It is like a one-way journey. Say, if a train is the life of a human being, the starting rail station is where it is born. The destination station where the train stops is the death of the man. On the way, it stops, picks up passengers and goes through many stoppages. It goes to certain station and unloads the engine. Like this, human life is also a running thing at different crossroads in different ways. Here people have their childhoods, youths and old ages. It varies every now and then. Again, man is born in one place, studies in one place, works in another place and travels to another place – this is how his life ends with a journey through travelling around. I think a writer writes his travel stories throughout his life. In many ways, he writes down the experiences he achieved throughout the life. I have 22 travel books about 23 countries.

Again, I have traveled with many people for many years. I kept a memoir about that. Among them was Humayun Ahmed- the very famous author and director in Bangladesh. I travelled with him for 32 years. It’s not like I have walked with him for 32 years. But I was associated with him in many ways. I have a travel story about that. I have filmed the great Baul singer, Late Shah Abdul Karim for seven years with my video camera. I wrote a travel story about that as well. I write because if I do not express what I have seen or achieved, it will stay with me only. I couldn’t tell it to anyone. I express myself in two ways, through my writings and through photographs.

There is a proverb- “Killing two birds with one stone”. I think, I sometimes kill three birds with one stone- writings, photographs and filming. I write a book about an issue, again make a documentary on it where the audio video is presented, and again it is documented in the form of a book. To keep it documented, I add the pictures in the book which I captured through my camera. There is a chance to find the perfect and complete Shakoor Majid! My statement is documented which more authentic because of pictures.

What were your struggles throughout this journey?

I came across a number of difficulties in my life. The very first struggle was, I was born in a remote village of Sylhet. In my area, I was known as a talented student in my school. I got the opportunity to admit in the largest and best cadet college in Bangladesh. Coming from a remote village, it was another struggle for me to mix with my new classmates in the cadet college. I wrote a book on it named ‘Class Seven 1978’.

I have overcome this struggle in 1984. In the same year, my father returned home leaving his job because he was suffering from cancer. I am the eldest son in my family. My father died when I was a student in BUET. I came to Dhaka with 2,000 taka. I started my classes in BUET.
I had to manage my expenses on my own as a student. I wrote a book about the time called ‘BUET Kaal’. I took pictures of people for money. I wrote in exchange of money, I translated documents. As I was a brilliant student, I provided tuition to the students. I didn’t feel bad doing anything. The reason is, when I worked, I did it myself.

Which one is your favorite? Movie, literature, music, painting or photography?

I like photography the most. I love to take pictures. Whenever I get time, I archive my old pictures. The picture that I took on 7 September 2007 is also saved in my computer. I think picture is a very precious thing. I often check out my old pictures, look at their quality, count it and find the date when it was taken and so one. I have 1300 roles of negatives in my archive. Say, I captured a picture in 1988 which can be found out in take five minutes. I store my video footages in the same way. My son studies in architecture. What he did in 2005 I have recorded it and stored in my archive. There are several things in my video collection from 2005 to October 2019.

Once my son faced a fatal road accident and he was injured severely. He was shifted from Chittagong to Dhaka by a special flight. After taking to the hospital, the doctor was checking him, doing his operation but I was doing the documentation through video recording. Some may criticize me for what I did. But I think, taking pictures is very much important because how I can get back the moment which is gone with the blink of eyes! This is just an example

The Man with Magic Hands