A mirror of viewing women from gender, citizenship and governance perspective 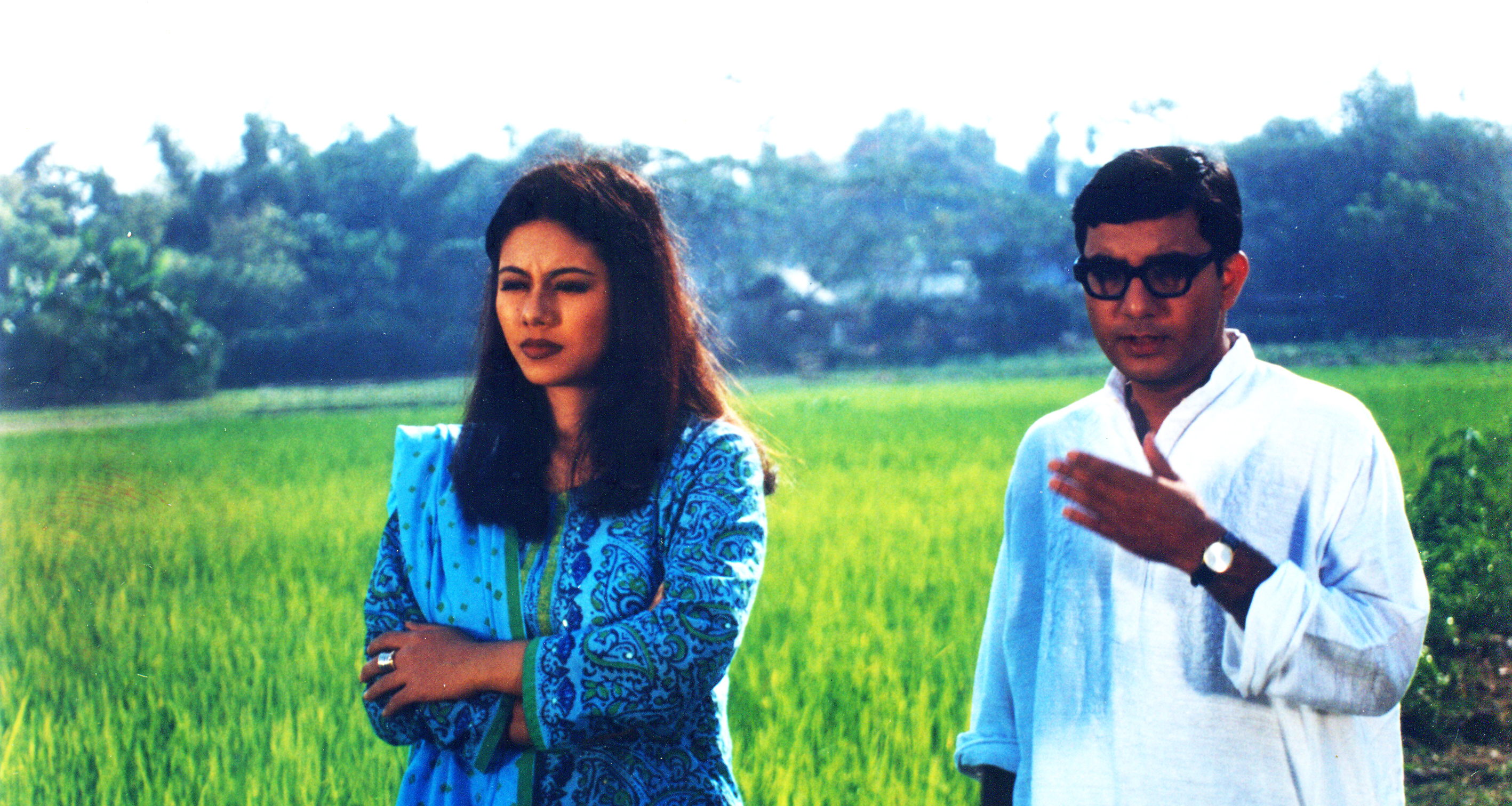 A mirror of viewing women from gender, citizenship and governance perspective

This paper is a practical work of the course titled ‘Gender, Citizenship and Governance’ offered in MSS (Master of Social Science) in Women and Gender Studies, University of Dhaka.  This paper has been  made as  a selected case study related to the three term of this course ‘Gender’, ‘Citizenship’ and ‘Governance’. The drama titled as  ‘Londoni Koinya’ by Shakoor Majid is a proper case study and has been reviewed the main theme of the drama and analyze the fact from gender, citizenship and governance perspective.

Citizenship and governance in relation with gender became an important issue for ensuring gender equal citizenship right. In Bangladesh, like the other legislations, the citizenship law is also partial in some extent, biased and goes against the interest of women. Women and Gender Studies is a discipline that ensures strong theoretical clarification and practical skill to the students.  As part of the class activity we were suggested to choose a case study and analyze it with the three different theories ‘Gender, Citizenship and Governance’. It’s a great opportunity for us to link the theory with the practical incident. However the theoretical background must enrich our knowledge and the practical issues that might help us to intimate it with the theories and we can realize how this theory will work in our day to day life.

I have chosen a Tele Drama titled ‘Londoni Koiyna’,  bride from London as a case study. This drama is the portrayal of the life of the immigrant women who turned a ‘red passport’ instead of becoming a bride.

Title of the Drama: Londoni Koinya:  Bride from London

The story of the drama is based on the marital crisis of a British Bangladeshi Girl, Joryna Begum (Jory) who was in a state of force marriage while she was taken to Bangladesh.

Jory was taken to London when she was 6 months old. Being bought up and educated in London, she had the British citizenship as well as red passport. When she stayed in London, she was married off with an immigrant boy of Soudi Arabia who came to London with a visit visa. The intension of the boy was to stay permanently in UK. So, he convinced Jory’s parents and  married  Jory instantly. After few months he brought his girlfriend from Bangladesh and divorced Jory. He paid the entire dower to Jory and marry that girl from Bangladesh. He was grateful to Jory that she gave him chance to be the citizen of Uk. Parents of Jory were quite happy with the huge dower.

This time Jory came to Bangladesh after long time. People in this country became curious about this ‘British Jory’. Many proposals regarding marriage have been come for Jory. But none of the groom is as qualified as Jory. They offered huge money to her father. Marrying Jory means to get the red passport.  There was extreme competition of offering more and more money  as like as Jory was sold in auction. Parents of Jory were greed to get more money as an expense of Jory’s education and brought up cost in London. They also expended a lot for visiting Bangladesh. Jory was titled as ‘duck with giving golden egg everyday’. Marrying Jory means the establishment of a boy in Uk, having British citizenship, becoming rich and solvent.

But Jory, a girl who loved the country, believed in her own identity could never support the way her family thought. She started to teach the kids of a primary school. Here, she found a school teacher and started to like him. This  teacher makes the village neighbors curious and jealous, so the school teacher decided to leave the village. Jory, being disturbed by the greedy decision of his parents leave the home to search for a good person. She kept her Red Passport, a letter and a cheque for her distance relative (her cousin has been divorced by her husband due to the inability of giving money as dowry) and left.

Jory was successful to reach the good man, the School Master.

‘Londoni Koinya’ is the story that is very common in Sylhet region, Bangladesh. Lots of Sylhetee people are immigrating to England and do restaurant business there. In London there is an area named under Sleet. This people are working very hard going there and earning. When they come back to Bangladesh, they get huge respect and social status. However, the child born or reared there got the citizenship of UK. So the Bangladeshi guys feel interest to marry the British Bangladeshi citizen for getting marital citizenship.

In Sleet many British Bangladeshi girls become the victim of such greedy attitude of the groom. The Story of ‘Londoni Koinya’ is the reflection of such practical case study.

The story of Londoni Koinya might be analyzed from three different perspectives as like the perspective from Gender, Citizenship and Governance.

The story of Londoni Koinya is the real portrayal of the marital crisis of British girl. She was married first time in a wrong decision of her parents, and then again she is to marry forcebly. In spite of an educated and solvent girl, she became the victim the wrong decision of the family. Even after coming back to Bangladesh she again forcefully married off by her parents.

The patriarchal ideology also collapses here. The social rules and regulation don’t allow women to go outside in Bangladesh. So, Jory’s mother doesn’t like to allow Jory to go out side to move around the village.

On the other hand ‘Dowry’ also exists as a patriarchal institution. Halima, A distance relative of Jory had to back to their home because her family could not give the dowry to her husband.

Women turned as a Red passport:

Jory, when owning the British passport turns to a ‘Red passport.’ She was the sold as passport on her 1st marriage. When her husband got the permission to stay Britain, he left her and started his new life with her girlfriend. When her father backed to Bangladesh to marry her off, again she turned as a ‘red passport’ and lost her identity as a human being.

Jory was sold in the name of selling permanent visa for Uk.  Girls in almost everywhere are sold as a product, here Jory also turned as a paper of red passport. It seemed such an expensive thing that people began bargaining on it.

Being Bangladeshi identified as British :

Leaving the country and getting citizenship from Britain became to the most prestigious identity for Joryna. She lost her original identity as Bangladeshi with the glowness of being British. She became a ‘Londoni Koinya’

How much we do to be British?

To go England and live there is like a dream for our rural people. They can sell the land, take loan and more and more to go London. The easiest way of going Uk is marrying a Kondoni Koinya. Studying English, trying to convince the girl and lots of planning have done to get a Londoni Koinya as well as London Stay order.

Government has not taken any initiatives to control such incident what is very common practice in Sleet. Practice of dowry is very common in Bangladesh. This Londoni koinya introduced us with totally reverse idea from dowry where bridegroom are offering money to the bride. Though we have dowry prohibition act, what give the justice for women, but in such case like “Londoni Koinya”, no act or no justice are working . So this is the failure of government and governance system that they are overlooking such major malpractice in our country.

History of citizenship and governance is a history of biasness and domination. As a case study, Londoni Koinya is a story of a girl who faced all the biasness related to gender, citizenship and governance. It’s the true portrayal of the patriarchal dominance of a British Bangladeshi girl. Being highly educated, she can’t cross the net of patriarchal business. It’s very interestingly noticed that patriarchy plays different role on women in different situation. When Jory is British citizen, she is highly demandable to the groom and grooms are ready to give money to marry her. On the other hand Halima is tortured by her husband as her family can’t give the dowry money.   So, women are presented as men want to present them.

Londoni Koinya is the representation of two reverse portrayals of women. But it’s not the question what status women are belonging, but it’s the general outcome that women are treated as such as men want to treat them. What ever women are rich, highly qualified, educated or poor, marginal, illiterate; they are always given the secondary status. Jory came out from the social rules and took her own partner after breaking all the barriers. So at the end we find the story  of breaking the silence, come out from the darkness!